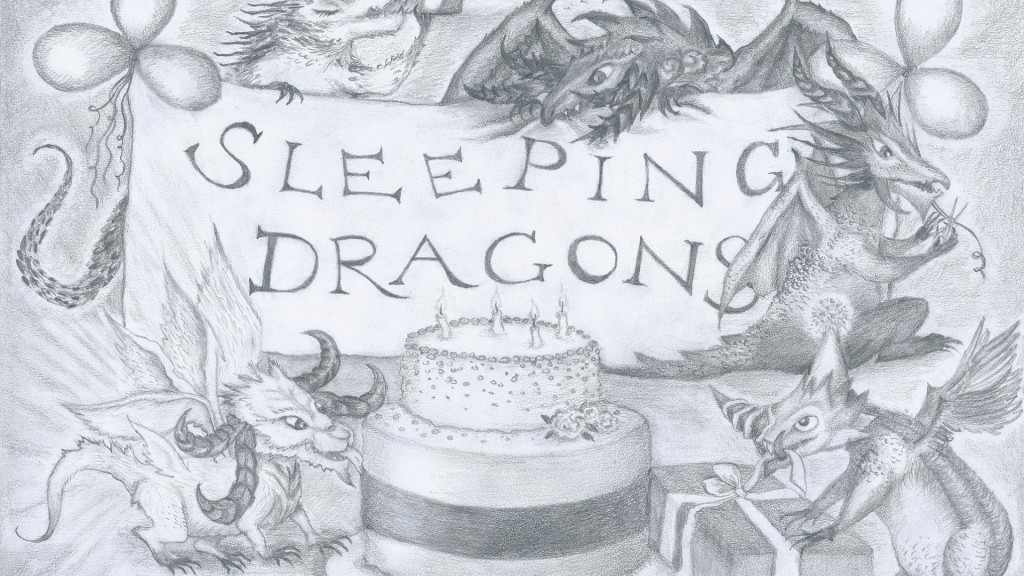 How fast time is passing… It feels like yesterday that we just celebrated our third year of SDS existing and suddenly, a year has passed and here we are celebrating our fourth birthday. I still remember last year’s birthday, which was rather spontaneous with someone asking when the fc got founded, its date coincidentally a few days after the question and just as spontaneous we held a Hide and Seek event for it.

This year was a lot more planned out. It started when our dear member Dash missed out on our Endwalker countdown (which I talked about in a prior letter) and decided to simply draw a wonderful picture for us to use at our next countdown. And lo and behold, we decided to do a countdown for our birthday. But we didn’t end it there either. We decided to play Hide and Seek again as a “pre-celebration” and then we planned a mini-competition for the birthday party itself with lots of prizes and (as this letter is written before the event itself) hopefully a lot of participation and fun and laughter.

But I had my own letter just recently. So enough of my rambling about our lovely community. Last year we asked Pelle about his journey from his starting MMO days up to his arrival at SDS. For this time, we asked the host of this year’s birthday party, Rox, about his story. So, without further ado, here it is:

I started to play WoW when it was still brand spanking new, in 2005 or something. Having only played single player games so far, it was a bit of a culture shock. Getting to know all kinds of different people from all over the world. I joined a guild, started raiding, got really into PvP for a while, all that good stuff. I also started to play Guild Wars 2 with a friend when it was released in 2012. And that’s a short summary of the MMORPG vortex that my existence was sucked into, which took so much of my time, one that I’m still sort of wobbling in. Not that I regret any of it, the opposite even!

Even when my interest in the aforementioned games has tapered over time, FFXIV didn’t really get onto my radar until late Heavensward, even though I’ve always loved the single player games of this series. It was a crawling pace. I didn’t really get invested until much later, and I finally reached the “end game” a bit after Shadowbringers got released. Better late than never, I guess?

During all this time I drifted in and out of a couple different Free Companies. They weren’t really what I was looking for though. One seemed to have an open war in the chat about half the time I was online, and the other one was a huge bloated FC where no one talked to each other. I was content to continue my journey alone after that.

But on a whim I decided to browse the community finder one day. Out of dozens, or maybe hundreds of entries, this Sleeping Dragons somehow stood out to me. So I hopped into the discord in January 2020 to see what it was about, and the rest is history. It took quite a long time to get out of my shell but I felt immediately welcomed and comfortable, which I am still very thankful of.

The world we’re living in is a harsh place, so it’s important to try and find happiness whenever and from wherever we can. I’ve found a big source of that in this Free Company, and I hope everyone else can also say the same. And perhaps many more people can in the future.

So I say, happy birthday Sleeping Dragons. Here’s to another 4 years, and then more!

« Good Morning, SDS!
We use cookies on our website to give you the most relevant experience by remembering your preferences and repeat visits.