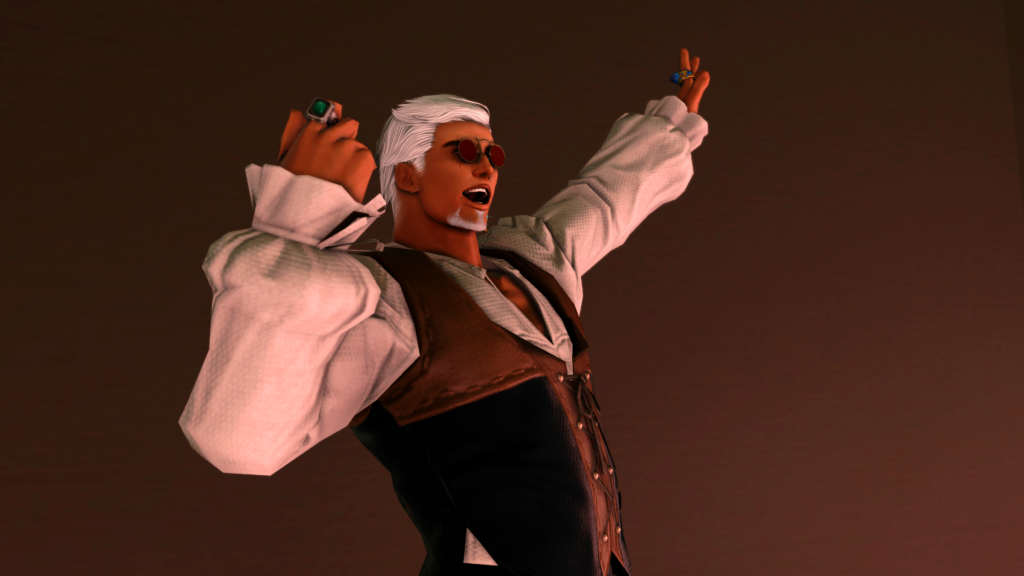 What does your character mean, if anything?

I’m not sure, I mean I guess he looks cool and all but I’m not really sure my character has that much significant meaning at the moment. Well, the name Selva Oscura can translate to something like Dark Forest in Spanish or Obscure Forest in Italian. To be honest I just think the name sounds pretty nice plus I love getting random tells in Spanish/Italian about my name haha

The most recent experience that was fun for me was getting my Baldesion Arsenal/Demi-Ozma clear.It was my first run and I was shook the whole time of dying which I managed to not do till the last boss but got a lucky Sacrifice Raise thing with like 5% of the boss fight left and we eventually killed the boss with about 5-10 seconds left on the instance timer. It was a lot of fun but def did not enjoy the grind to get there.

In terms of video games? I’ve been really into a lot of CRPGs lately and have been playing Pathfinder:Kingmaker, Divinity 2 and tyranny. but theres a lot of stuff to play but so little time

CRAFTING! Ever since I unlocked my first crafting class I’ve been hooked. But I did take a bit of a long break from the game but before then I also used to actively farm ex mounts and dabbled in a little raiding

What are you missing in ffxiv?

Technically It kind of is-well the first MMO I have actually played a lot than the first few initial levels, but before that I played the Elder Scrolls Online for like a day then never tried any other mmo till my friend suggested I try FFXIV

I really enjoyed doing creative stuff whether it be desigining stuff for my job or just painting, drawing and I really like outdoor exercise.

Oh so many to list but from the current expansion probably the Big Fat Tacos one and the one from the emerald weapon I think. Lahee is always a banger too

« Sonja Gugoza
Jasar Dann »
We use cookies on our website to give you the most relevant experience by remembering your preferences and repeat visits.