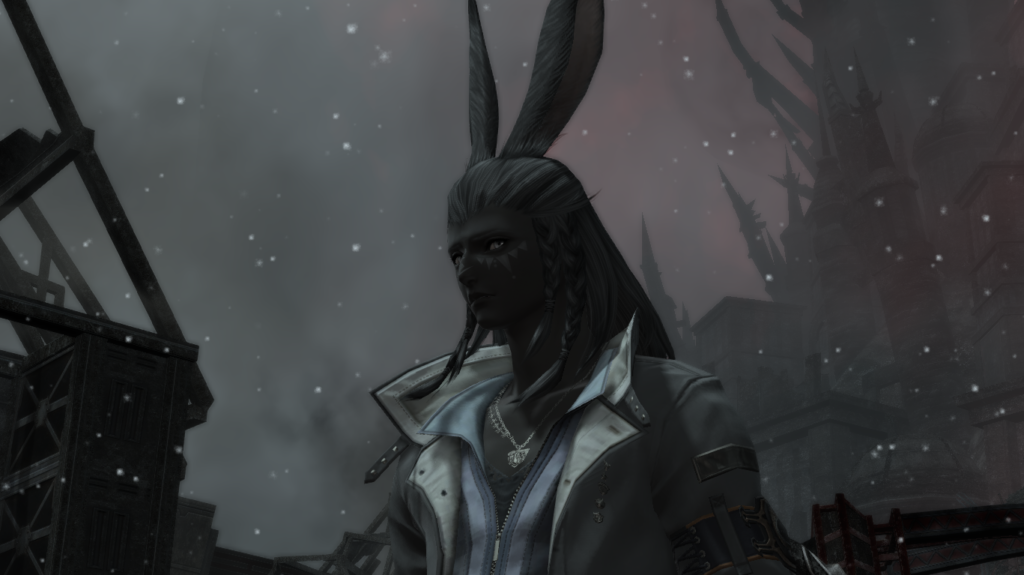 I have actually started playing ffxiv three times. The first time I barely remember, it was 1.0, the game was brand new, either launch or beta. I played for about 2 hours and it just wasn’t for me. The second time was on Heavensward launch. Au’ra (dragon people, as I called them then) seemed cool. I had fun with the game, but I had no one to play with and eventually quit.
Finally, in August of 2020, in the midst of Covid, they had announced the expanded free trial, so I decided ‘eh, might as well’. I started playing before the free trial was updated, though, and before it was expanded I had already bought the complete edition 🙂

It’s hard to choose one. The improvised christmas party we had in the FC house was very nice. The housing adventures, remodelling the FC house and others, that was also great.

The first one I have conscience of playing would be Final Fantasy VIII.

Either VIII or X. I can’t even explain why, probably just the right games played at the right time, but those are the ones I think of the most.

Most of all Housing. Then… POTD/HOH until I die, then I hate it and its the worst thing ever put in a game.

Less Housing restrictions, more social happenings, less clunkiness of the menus in general… I would like a pure support job, but it seems unlikely.

Ragnarok Online, probably? Then WoW. I raided pretty hardcore in vanilla there. Having to borrow tanks from other guilds for Four Horsemen was ‘fun’. My interest in the game slowly faded and I eventually only played for expansion launches. Meanwhile I tried… Pretty much every MMO I could? Off the top of my head: Aion, Lineage 2, Warhammer Online, LOTRO, Rift, Wildstar ( 🙁 ), Guild Wars 1 and 2, Tera, ESO… None really grabbed me back into the genre until FF14, and I’m not sure FF14 would have the staying power it has on me without the FC.

I enjoy hiking, taking care of my birds and of my smol trees. I like to do woodwork, but don’t have much time for it.

Thank you Jasar for helping me with housing!
TWICE

Also, thank you for saving my our plants…
EVERY TIME

« Selva Oscura
Jace Nolan »
We use cookies on our website to give you the most relevant experience by remembering your preferences and repeat visits.