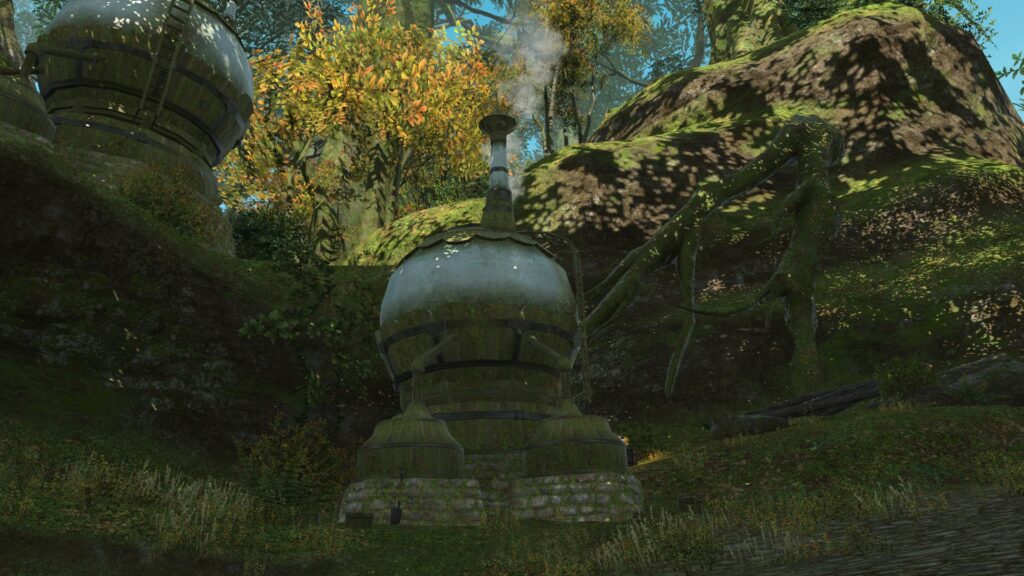 Remember a kid book´s named “Where is Wally?”
The book that make you found this skinny white and red stripes t-shirt guy that was hidden in the middle of crowd, usually in wierd and exotic places. Alien planets, Mystical forest, Ancient times, the Hollywood production scene….

This is “Where is in Eorzea – Gridania Version”

This is the 2nd “Where is in Eorzea” series I will be doing. The premise is simple: I will give you an screenshot of a place I took in Gridania area and you need to find it the fastest that you can. Again, Normal and Hard mode wil come back, with the add bonus of stickers, that might or not help in your quest in finding this place. I will explain the full content of the rules before the event start, and we will be going for an 1h of time ( I will prepare a couple more screenshot in case people want to continue for a little longer ). Only mandatory thing is have flying unlock in the Gridania ( lvl 50 job ).
If you wish to spend sometime, relaxing and hearing talking about normal things, personal things and, who knows, weird things, dont be shy and join us.

by Shadow Cross
Fight Club Invitational II
YoRHa: Dark Apocalypse – The Tower at Paradigm’s Breach
We use cookies on our website to give you the most relevant experience by remembering your preferences and repeat visits.