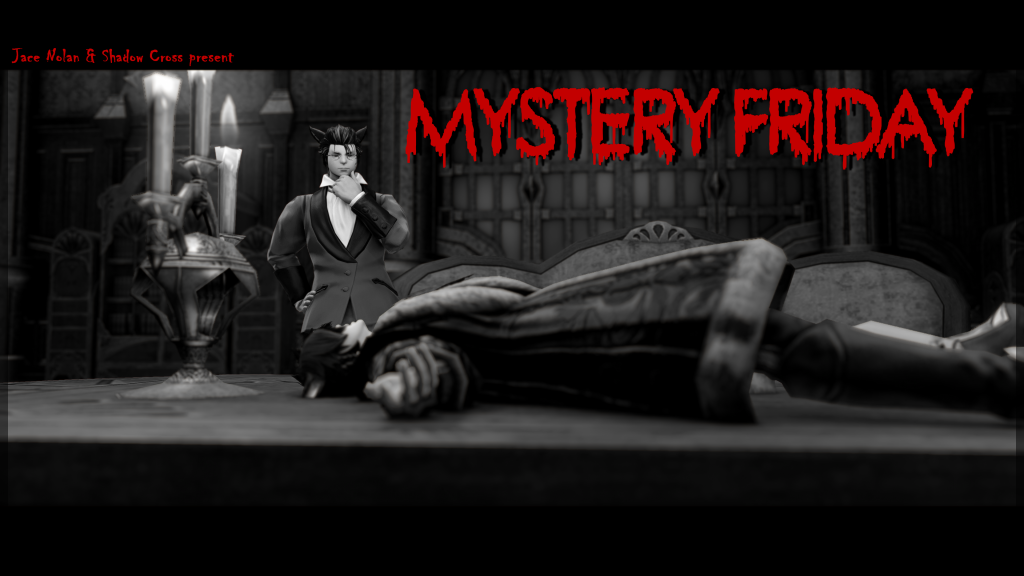 Inside the FC house, a murder has been committed.
Her cold body lies there, a blood stained spreads over the floor. Who was it? Who did this terrible act?
Perhaps it was Ryve with a shield ( after months of been called potato )
Or was it Todi with his dagger ( after been told that he is not making enough damage )
Or even Kong and Malkier decide that it was time to take things with their own hands?
Join us and let’s figure out together what really happened

Welcome to another Mystery Friday. An evening of crime and mysteries where Shadow and Jace will guide you to several shorts stories with the objective in finding the murder.
This FRIDAY we have the return of a fan favourite, when all the mysteries that will be happening in the Eorzea world.

by Shadow Cross and Jace Nolan
Aglaia – The Iliad by Naoki Yoshida, I guess
Maps!
We use cookies on our website to give you the most relevant experience by remembering your preferences and repeat visits.