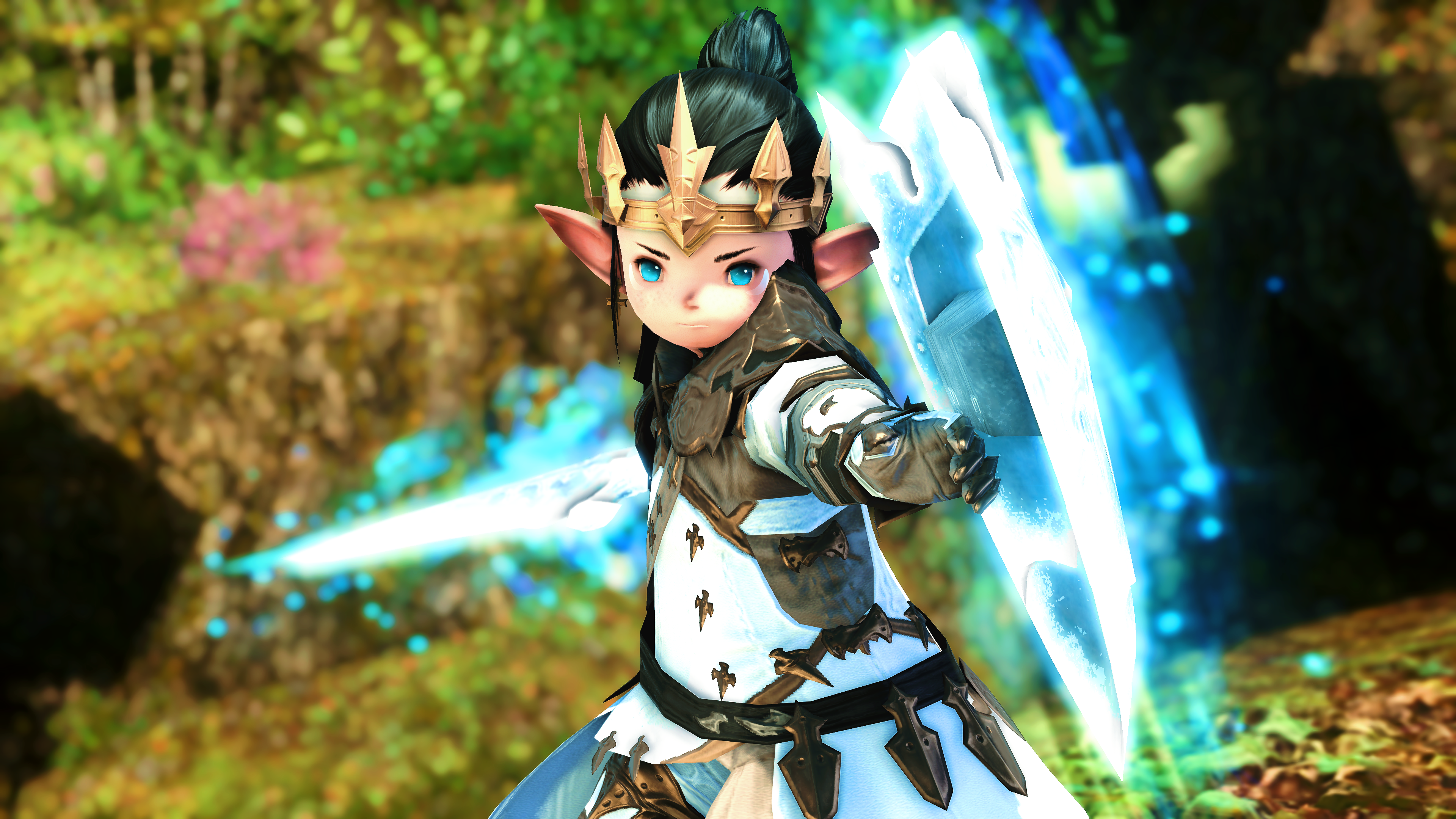 Ryve started as my Raid leader and joined the FC after playing together for quite a while. He is nice and helpful, but can also be stubborn from time to time. I can always recommend asking him for advice. He does a great job as a Raid leader and being masterful is what he does.

I would describe Ryve as the guru of FFXIV in our company. Whatever I can imagine asking regarding the game, he can answer in a constructive way. I have come to appreciate him as player and a person and could not imagine the company without him.

Ryve is the 4th member to join the admin team, also now called the Ancients.

Behind this adorable, little Lalafel is actually a big guy with a voice and soul of a Viking, which often results in a surprising and amusing situation for newcomers when they hear his deep voice for the first time on Discord.

Ryve started first playing Final Fantasy 14 by the time when Stormblood was the latest expansion and has ever since then found great enjoyment and devotion to this game. He has already done and completed most of the game’s content, so much so that he is become like a living encyclopedia/wiki on the game. If you have any kind of question about the game, there is a 99% chance that Ryve will have an answer for you. If you are also in the need of something being crafted for you, then Ryve is also your guy, since he has all of the playable jobs on max level. Though he has his favourite jobs on the highest possible level, though most of the time you see him playing the one he first started with, which is paladin.

Speaking of his beginnings in the world of FFXIV, it is worth mentioning that he would not be here if it were not for his IRL girlfriend and in-game wife, Luci Mephistopheles. The two of them make a dynamic duo, as they are almost polar opposites to each other. While Luci is the pure definition of a casual player, not really being into difficult endgame content and being able to log in into the game, just to spend hours chilling in front of the FC house and chatting with our members, Ryve, on the other hand, greatly enjoys more hardcore stuff, like forming his own raiding and fishing statics, for example.

Though Ryve obviously harbors great love for FFXIV, he also enjoys playing party games with friends (like the Jackbox collection of games, for example) and card games, with Magic: The Gathering being one of his favorites.

To sum up, Ryve is a rare example of a “jack-of-all-trades” type of guy, but also pretty much master of them all, at least when it comes to FFXIV. He knows so much about the game and loves to help anybody seeking help, so he definitely deserved his rank of Ancient. And, if you ever ask: “Hey Ryve, can you help me with X?”, then know that the answer is always “Yes”.