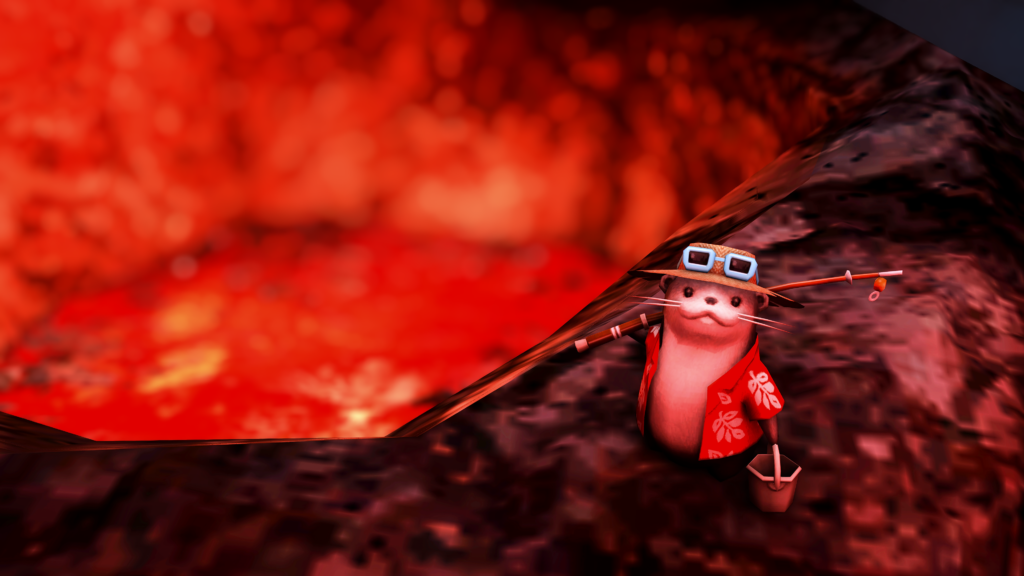 The First SDS Screenshot Challenge – The Results are in!

Welcome to the results of the first Sleeping Dragons Screenshot Challenge!
The theme of this first challenge was “Fire – A Sleeping Dragon’s Breath” and we had many entries depicting your interpretation of said theme. But enough of the introduction, I bet you are all interested in where you placed anyway. Let’s begin with the…

Set in the city without an extensive E-RP community, we can see Ryve “Scrooge McDuck” Sontek showing off the flame that burns bright in his soul: Gold. The Jury much appreciated the choice of clothing, fitting well into the surrounding, and the emote. The angle was a great choice and the glitter effect was captured well. Next time work more with the theme!

Mojo Vii sent in this great picture taken on a PS4! We definitely considered the difficulty to take a screenshot on a console and the dedication from Mojo for his entry. Nice idea behind the picture, but overall a basic execution (We think that’s the PS4’s fault) made this fall short of some prize money. Try working with some guild mates next time!

Lilja Boo’s entry in the contest shows a happy little cat waiting for it’s food. The jury liked the idea and the composition. The outfit looks great. The perspective is really good. Using the grill setup as a frame was definitely creative. We had loads of discussion on this picture, and it was incredibly difficult deciding in the end. Working a bit more with perspective and the angle might have helped. Also another daytime could’ve helped with the contrast. Still a strong first entry.

Our first entry reaching the prize pool! Good idea using the summoner toolkit to create a nice ensemble between light and dark with a clear focus on the character. Point reductions for an uncreative background (good contrast though). Great usage of spells and effects. All around a nice first entry. Choice of background could’ve really kicked this up a few places.

This got dark quickly. The jury loved the contrast between Black, Blue and Orange. The main character is well positioned and the camera has a great angle. Some lighting from the front might have really helped, emphasize the great costume. Creative idea and a great choice for the background. Also Kong still does not know how you got the hands on fire (Bonus points for that). It truly feels like Melech is trying to keep the darkness away with his fire. Great work!

A double entry! Shadow and Tiad created this nice ensemble with a story line. The jury was happy reading the nice story accompanying this picture.
“Shadow Cross went to confront Ifrit all by himself. Tiad was upset and very angry for not been invited to the party. Once she caught up with Shadow, she had some words to say to him!”
Working together on a gpose can be difficult, plus the perspective was nicely captured. With a bit more focus on poses and glamours this could’ve ranked much higher. Also add some lighting to the scene using the gpose tool. It helps highlight the characters.
Ulanne: “I found it really exciting that this entry told a story.” (Before she knew that there actually was a story)

Places two and three were heavily discussed and both entries here are soooo close in quality.
So what about Michirizu’s entry? Definitely a great pose by Ifrit and great timing capturing this screenshot. The ground looks great, the fire is definitely a highlight and the contrast to the background is amazing. The perspective might need some additional work to increase the size of the character. Also another pose (more fighting) would’ve helped. The jury agreed that a change of the character stance could’ve easily taken first place. So far a strong third place.

The person who originally did not want to attend the contest takes a very good second place. All judges loved the composition of colours, the angle and the outfit. The fire seems to form an animal head (1 vote for dragon, 2 votes for rabbit) with the sun as an eye, which was quite frankly, amazing. Kong had to think for a long time if you did not actually use any additional post-processing, due to the great quality of the picture. The picture got some point reductions due to the portal being in the left background (Lazy!), but otherwise it was the best character shot out of all entries. Next time you go for something with some enemies, if the themes supports that and the rest of the crew will have to look out for you. (Also we will check for better incentives other than money. Also looking at you, Ryve)

Finally. The Winner.
Laila: “I can really imagine this as a banner picture. Great composition and dynamic.“
Kong: “Remember those old gaming magazines? It looks like a professional screenshot out of one of these.”
Overall the jury was delighted with this entry from our newest member. It is incredibly difficult to get a good enemy shot with the delay of the screenshot function, so this was pretty impressive! Loving the posture, the colour composition, and the dynamic. We found basically nothing to complain about. Let’s see if M’Lineya can keep up the quality for the next contest.

So that’s it, party people! We loved all your work and each entry is amazing to look at! Thank you for participating!
I’m afraid the screenshot contest is intended to be a reoccurring event so look out for the next challenge. There are already some themes haunting my mind and I’m excited if Leohe can keep her first place the next time around.
– Kong

« The First SDS Screenshot Challenge
Ho-Ho-Holiday Screenshot Contest! »
We use cookies on our website to give you the most relevant experience by remembering your preferences and repeat visits.