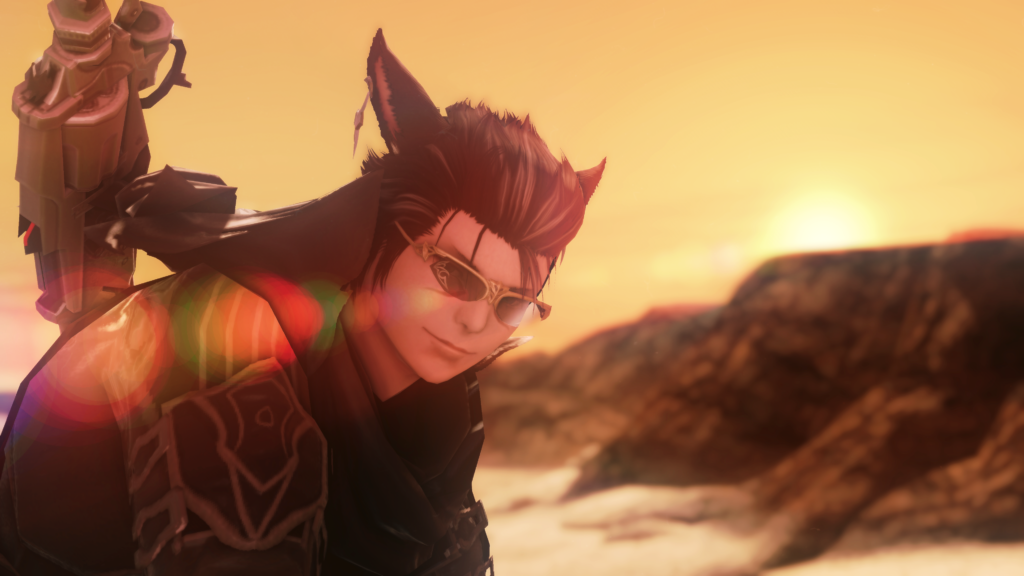 Well, let’s start with the why, because i was getting tired of WoW and i was searching for something that had the same feeling that i started to miss in it. When i start it? 3 different periods. First one, around Heavensward expansion. I left around Nidhogg patch. Came back for Stormblood with a new character to play with friends and start a new ( is in this period of time i met my former recruiter Ejimso. ) and i go in hiatus for WoW Legion expansion and back to the Shadowbringers expansion again for real and never left since ( minus that hiatus to check something in WoW again )

Several, this game give so many moments. But there is one actually. My first Extreme trial, as tank, with SDS. Suzaku is the boss and that music and the fight brings every time memories of that moment in time

Well, mostly RPG either pc or PS4. Trying to open up my game portfolio I have STO as my backup, anti-burn game. Perhaps one day, i will check out WoW ( so far dont feel like it )

FFVII, which i never went to the end because too much lvl up, but know the end and the fight

FFIX, i think i did that game at least 5 times, different time and lack of money for other games

Currently, playing with others while doing different type of content. Some times i am too disperse and trying to do everythng and doing nothing at the end

Take what they give, i mean, can we ask for more to SE? But if i would add something is a heal job that do healing while dpsing, that part of their damage is convert to heal to nearby party members

As could guess, No, FF14 is not my first mmo, is not even my 2nd mmo actually. I started with WoW, then STO and finally FF14

If i can only choose one song, that would be Shadowbringers Theme. That song still gives me goosebumps to these day.

If yes, what pets, and want to include pics? (up to you, since its understandably personal) See Tiad profile, but only that. More that seeing and you have to go through me first. I love that woman, more that I love myself.

Shadow Cross, perhaps also known as “Xanthe” to some, thanks to his alternate in-game character Xanthe Cross.

Former part of the admin team, he still warms the hearts of everyone in the FC with his daily morning calls to make sure, everyone has a good start into the day ahead. In-game, he is a true DPS at heart, playing samurai, ninja, and dragoon, with samurai being thus far his favorite.

Shadow like to organize spontaneous events during weekends, such as clearing normal modes of raids, farming mounts in savage mode raids and/or extreme trials or simply promoting and advertising on-going FC events. He also greatly enjoys taking his time to help newcomers and inexperienced players when they have questions about the game, often by simply explaining them, in his lovable French accent, firsthand in a Discord call how to do something. He goes to great lengths just to make sure that everybody feels comfortable and welcomed in the company.

Behind this shadowy persona (this is the last pun, I swear) lies an endearing husband and father of two kids. His delightful wife is also a member of our FC, whom people know better as Tiad Dici. Shadow cares greatly about his family, which leads to his playing schedule being a bit sporadic, but it does not pose a problem to the FC as everybody understands that family should be the biggest priority to a person.

Thanks to Shadow, the company feels that much more hospitable, giving you the feeling of being at home and that everything is going to be okay.

« Sejlea Hakonge
Mid Sommar »
We use cookies on our website to give you the most relevant experience by remembering your preferences and repeat visits.