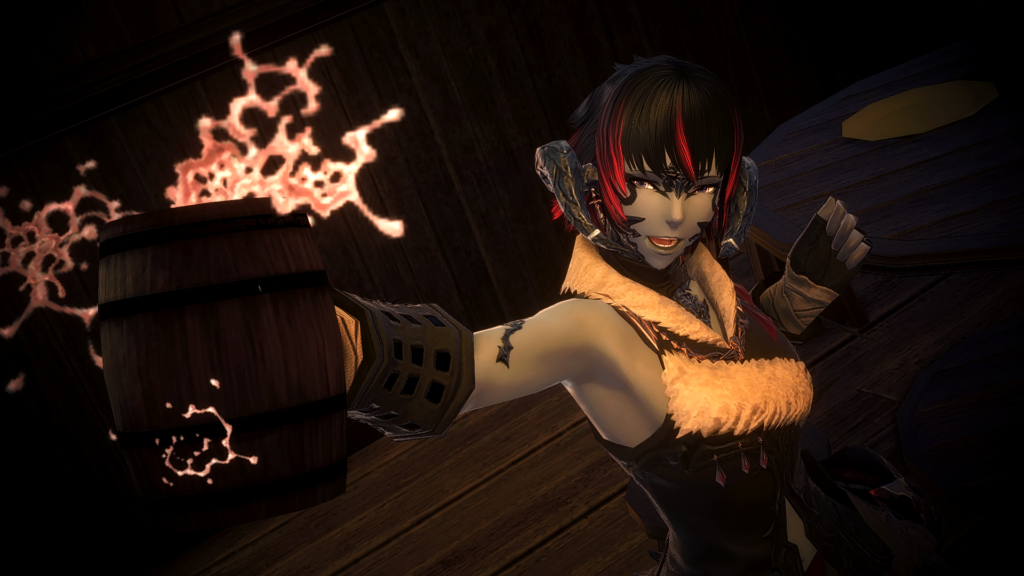 I’m a returning player. I played for while in 2017 but school got too busy and had to stop. Now I

started to play again last year in November from the very beginning with new character. One of the

reasons to start playing was that I just enjoy Final Fantasy games and wanted to try something new.

But I think the biggest reason was that my big brother a.k.a “Pelle Paerkele” played it and was

talking about it all the time saying that I should try

Well, I was completing my Hunting log for an arcanist and saw that another player was almost out
of HP so I healed him. He thanked me and we started to chat and play together which has lasted up
to this day. It’s kind of crazy how a friend can be just one heal away from you.

I enjoy playing with friends and most of the times we play Phasmophobia and Sea of Thieves. We
may also be plotting how to kill each other in Among us.

Oh! That’s easy, Final Fantasy IX; my first and favorite. It still has the iconic fight mechanics, love
the story line and music in it. Also I may or may not have bias for Kuja. It was the reason why I
started to take my English lessons more seriously so that I could play it without my brother
translating everything.

I like to go through dungeon and trials with friends. My favorite is to play with my big bro even
though most of the time he will trick me and get me killed. But it’s still fun to ask “stupid”
questions and have someone to guide you even if they are not so kind with their answers. I’m kinda
shy in-game so having met so many new players trough Sleeping Dragons has been great and
playing has been even more fun. So thanks you all fellow dragons!!

Well I’m a cosplayer so I’m usually making costumes and doing SFX makeup looks. If not that
drawing, crafting, fashion designing or having a warm cup of tea and reading good book now and
then is always nice. Playing some card and board games are also nice with friends.

There is a lot I enjoy but I think Dragonsong is my favorite. It just gave me shivers when I heard it
for first time. I like to listen to it when I draw or work on something. My other favorites are
Suzaku’s “Sunrise”, “Metal” from Alexander and The Akh Afah Amphitheatre’s “Oblivion”.

Do you have pets? If yes, what pets, and want to include pics? (up to you, since its understandably
personal)

Yes, I do have a finnish laphund dog named Sokka and he’s 1,3 years old. He got his name form
Avatar: The last Airbender and I have to say their personalities are way too much the same. He is a
one big goofball of fluff with huge love for food. There is no boring day with him around. But he is
a good boy with no destruction trait even if he sometimes has only 2 brain sells that are working.
But I love him to death and can’t imagine my daily life without him.

« Draoi Na Hoíche
Cat Rider »
We use cookies on our website to give you the most relevant experience by remembering your preferences and repeat visits.