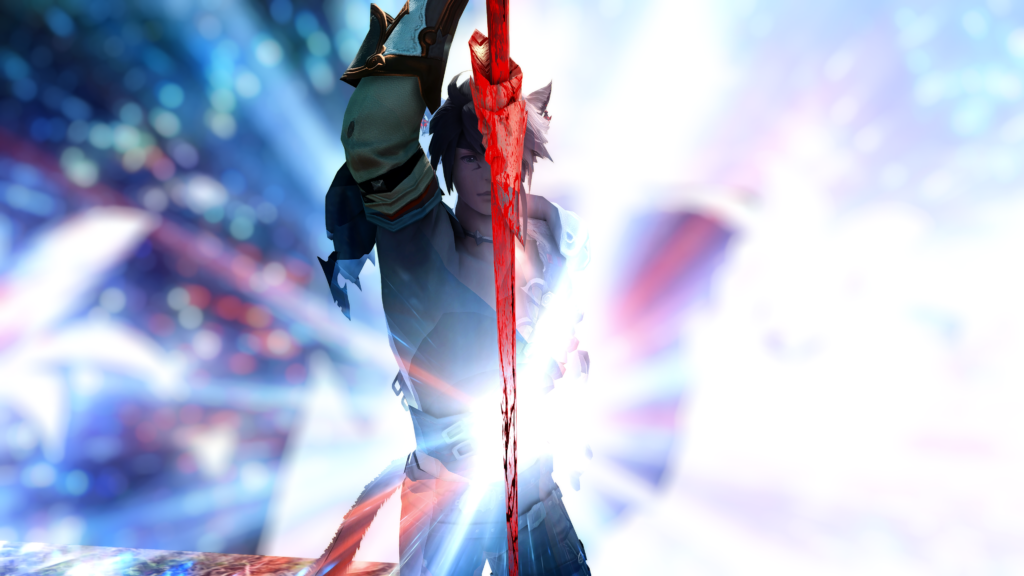 I started playing back in 1.15, long before A Realm Reborn existed, because I’d grown bored of playing FF XI Online and with Yoshi taking over production of XIV I’d hoped things were looking up (I was not disappointed and have been online since!)

Spending a month straight ocean fishing will never leave my mind – or my titles – but that’s not necessarily a good thing… Learning to fight the final tier of the Omega series as a whole will always stay with me as it was the first time I’d progged together with our FC leader as a co-healer and haven’t yet found a more reliable bird person!

VIII was my first, I remember asking my older brother when I was little if he could play so I could keep watching, then when he suggested I started my own game my brain melted and has never recovered since. It’ll always be my favourite, alongside X. And IX. And most of the others. Except XV ¬.¬ What do you enjoy doing in ffxiv? FISHING. Always run out of new fish to get though 🙁 Also fostering my superiority complex by spamming Mentor roulette in raid gear

I have most things… except the goddamn Firion Triple Triad card AAHHHHH. I try and do most things as they’re released, but I’m not too worried about the Ultimate content (I have some kills, but not too interested in getting a static for them).

FFXI was my first MMO. I’ve played some free ones in the downtime between XIV and ARR but nothing really stuck

Cycling, Piano, and Crossfit! And much sleep

All Primal songs are awesome. I think my favourite song at the moment though would be the XIV & NieR mashup of Weight of the World. Two great games key motifs weaved together so nicely ❤

I have a greyhound called Baldrick. He’s a moron and not at all cunning.

« Jingjojojo Sarita
Dreydn Cael »
We use cookies on our website to give you the most relevant experience by remembering your preferences and repeat visits.