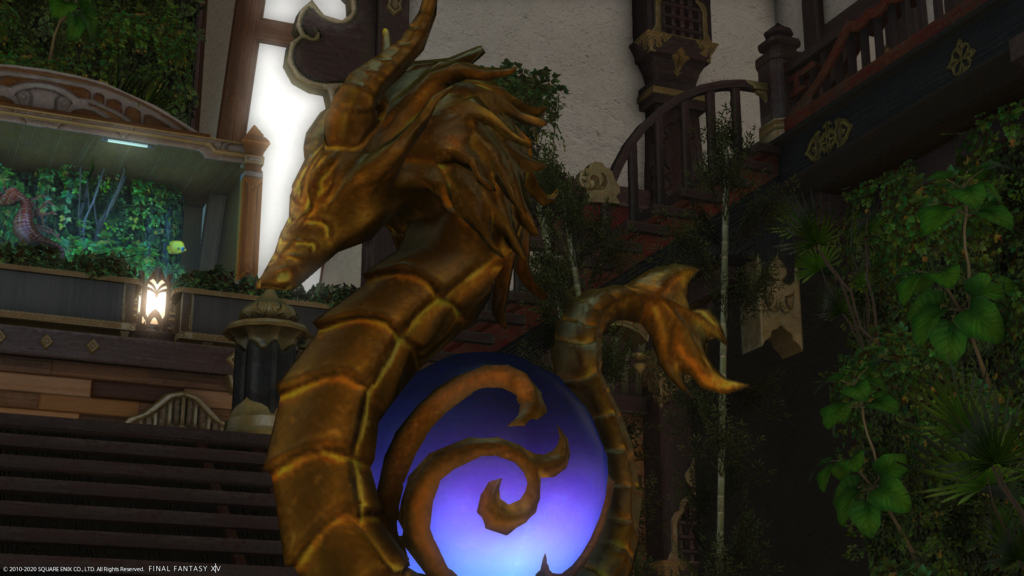 Oh gosh, 3 years. I really don’t know where time went, I really feel I have just started out with this. There is so much to do, to improve and people to get know. And while the last year was intense with well, a rather special real life occurrence, I feel like so much has happened in the end.
So what is a good way to cherish the moment? We already have started with a weekend full of events and its looking very promising with our FC further adventuring into other games like Tabletop Simulator, maybe Stellaris soon?😊 Then right now our Screenshot contest is going on. Just friendly reminder here~ 😃

Also, I am happy to see you all tonight with our final Birthday Event Hide and Seek.

Endwalker is still a long way to go, and it will be a big team effort to have this company going strong as it is right now.

But enough about the future; to improve the future we need to look into the past as well. I know everyone of you is unique, but I feel we do not talk a lot about from where we come from and what shapes us. So I took the liberty to ask one Member, Pelle, to share his story for our birthday 😊
I feel it’s important to mention, it would have been easy to just choose somebody from the leadership, event-organiser team or to just have me ramble about why the FC exists in the first place, but the FC isn’t just about them or me. It is about all of us. The Company just is, because we are together. So it is important to open your ears to people you are less familiar with ❤

So you thought it was an end…
Like in most journeys, there is always a starting point. The same goes for MMOs. A friend
talks you into it, or you just decided to try something new.

I have been a massive fan of the FF series from the very beginning, and the decision to try
XIV really wasn’t that hard to make, but had someone told me about the journey I would be
facing… I would have called them a liar.

My story starts around the end of 2013.
At that point of my life, I had been against MMOs with a monthly subscription for years, and
never in my wildest dreams, start one day playing one (I had some experience with WoW,
but…).
You might ask what made me change my mind?
The answer is quite simple. It’s a f*ing FF game, and being part of open beta really opened my eyes.
But in the end, my expectations still weren’t that high, and I was sure to soon face the same old generic shit that everything else was. It is a poorly written story, a character with no real impact on the world, and a more or less toxic player base. But how glad I was being proven wrong.

So that’s one thing solved that I was sure would kill my buzz with the game.
There were still other issues that needed to be fulfilled. Having always been a social gamer and always having trouble playing a game alone unless there was a great story to follow. Although XIV has that, I still couldn’t see myself playing MMO alone.
But like before, I was proven wrong. It only took around two days before some random dude asked me to sign a petition to form an FC. I had no idea what that thing even was and just signed it, and suddenly I was stuck with a bunch of randoms that would help me create friendships lasting for years to come.

Let’s skip some time, shall we 😉

The following two and half years were filled with laughter, sorrow, and an altogether craziness group of friends can accomplish when left unsupervised, but like all things, those happy days also needed to come to an end.
During that time, the FC had grown a lot bigger, and the inner structure had changed to now be more focused on high-end content, which I also took part in.

It really took some unpleasant events before I was able to see how far we had wandered from the base idea the FC was formed in the first place. Only a few members were ready to help new players anymore. Most of the officers were just a bunch of a**holes that were more concerned about their own status than anything else.
I could rant days about how things went down in the end but put simply, most members
ended up leaving, and I deleted my character (there, some drama for you).

So after wasting almost three years of work and grind, my interest in the game was done, and
I spent the next year mostly looking for a replacement but all for nothing. I couldn’t help
myself constantly compare other games with XIV.

So what to do but go back there?

After creating a new character, It didn’t take that long before I could find a new FC to be part
of, and things were good… for a while, I felt something missing. The connection with other
members just wasn’t there. Not soon after, I ended up leaving and took a short break from the
game, this time, the gap was not that long, and after two months, I persuaded my friend to
have a go.

Helping my friend to get through ARR reminded me of the things I loved about the game
and returned the lost spark I had been looking for during that time.
Yet again, I joined a new FC, which was the biggest one on the server, and learned how just
gathering a mass of strangers around you and how caring more of weekly/monthly standing
on the FC than the actual members will surely burst your bubble at some point.

Surprisingly, I ended up without an FC and had again to start looking for a new one.
I went some time without one(was PMed multiple times with random offers which didn’t
catch my interest) and tried to find the correct one this time. But had little success on that
field until I saw a PF group held by Starfish Melody(the co-founder of the FC Sleeping
Dragons) and just decided to have a swing at it.

Ever since the Sleeping Dragons have been more or less my place to go to if I wanted to
have a moment of peace or want to have some brightness to my day.
The thing I’m trying to say is that sometimes you must go for a distance before you can see the
startline, and sometimes when you think it has all ended… Has only been the beginning.

And thank you for sharing your story Pelle and taking the time to write something down!

Also Thank YOU, for being the Company. Yes you! And yes, this is no typo! The FC wouldn’t exist without you, and a bunch of people would be a bit more unhappy 😊

Thank you for, every event you attended. Every meme posted. Every rant or speech you had. Every screenshot you took. Every event hosted. Every interview held. Every answer you gave in the interview. Every line you wrote. Every moment shared.

This wouldn’t be without you!

See you hopefully all this evening, or later when 5.5 pops, and you come out of your break!

« Unspoken
Towards the End »
We use cookies on our website to give you the most relevant experience by remembering your preferences and repeat visits.