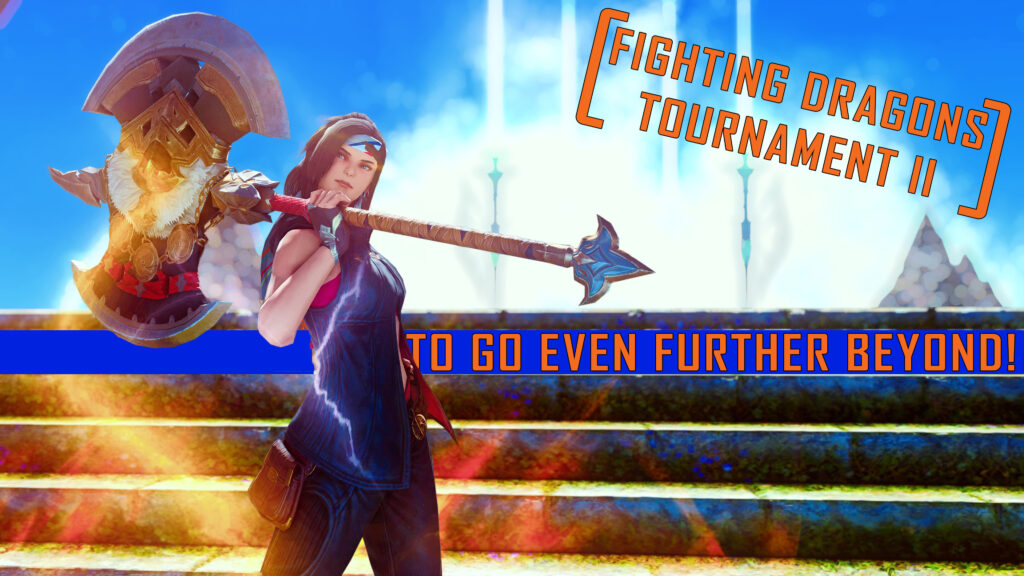 So a quick write-up for our biggest Fight Club Event yet:

We started with a 3 weeks Group Stage. The goal was to warm people up, get back into the game and give an incentive to continually practice.
Split into 4 Groups with 3 Players each, everybody would advance to the Single Elimination Brackets in group 4. This way everybody didn’t have to worry about advancing and could try out new characters and strategies.

Group A:
Malkier was bringing in the heat for group A with a flawless performance, but sadly had to drop out for the final event.
Jasar had already experience with our first tournament and was in an ongoing training regiment with our FC Leader Laila. Roxvilya bought the game one day before the tournament, but gave both Jasar and Malkier already a good run for their money.

Group B:
A more balanced outcome in this group. The original “Group of Death” with Mirel being our most experienced Fighting Game player. Todi as one of our most competitive video game players and Ryve looking if his FFXIV Ultimate skills translate well into fighting games. This group would not stop practicing and the rivalries were strong. Ultimately Todi emerged victorious as a heavy favourite to take it all in the Final Stage: Out of the 6 predictions by participants 4 saw him as the Winner.

Group C:
The group I would judge to be filled with the most laughter. Jace “The Dragon” Nolan elevated the gathering of Dragon Balls from a gimmick to a strategy. The Commentators were left with a befuddled “How does she do it… in EVERY game?!”.
Laila “The Queen of Heavys” Arrbyte putting well-timed unorthodox strategies to work and showing everyone that you can be really successful even without fancy 50-hit-combos.
Shadow “Volleyball” Cross with his most colourful team of interesting choices fell short of settling his rivalry with Jace that started in the first tournament. While proving to be resourceful in tactics and skillful in their execution in the training session in between tournament rounds, he was out of luck when facing a team of 4 characters (Jace) or more tectonic movement than has occurred in the past million years (Laila).

Group D(eath):
Kong looking for revenge on Radca for knocking him down in the first tournament.
Mid on his path to prove that “Blood for the Bloodgod” is a valid strategy.
Radca to defend his title and showing the young whippersnappers how it’s really done.
This group was defined by bloodshed and one would argue that out of this hellish crucible only the strongest would emerge.

1 2Next page
We use cookies on our website to give you the most relevant experience by remembering your preferences and repeat visits.