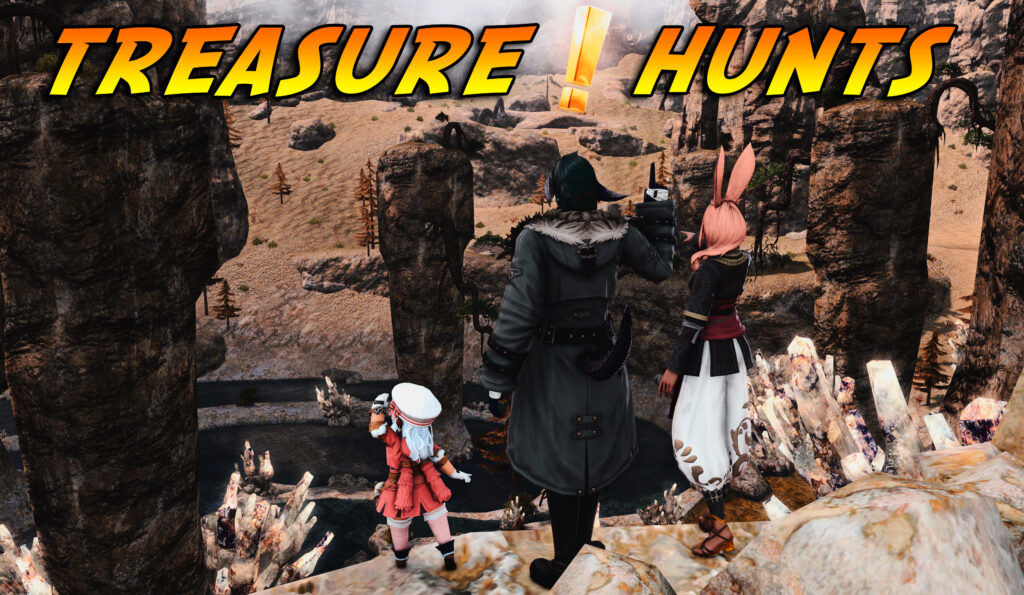 You arrive in Eorzea. New kid in town, you don’t know anybody, you don’t even speak the language. You go to school and get bullied by the cool kids with cat tails and make enemies with one of them. He is the coolest of the cool, and he challenges you to a duel in the passion you just so happen to share: treasure.

So you prepare, take your maps, but find nothing. No portals appear, not even one of the old ones. Meanwhile, the catboy is swimming in calf leather and minions. You humiliate yourself so much that the catboy takes pity and lets you live.

You meet a cool catboy, who teaches you how to decipher maps correctly, where to find the blingiest of bling. But he is a member of the mafia, of which your archenemy catboy is the boss’ son (so that’s why he smoked and had tattoos, cool). More and more, you become embroiled in the mafia dealings and they try to kill you a few times (no big deal, you are a big boy).

With aggression becoming higher and higher, you duel the catboy again, this time to decide who can stay in Eorzea. He accepts, but you have improved. You are beating him. In his anger, he tries to sabotage your maps by DDOsing you, but Square Enix bans his account. You have won.

by Jasar Dann
New Years Eve Celebration
FC group picture
We use cookies on our website to give you the most relevant experience by remembering your preferences and repeat visits.